Happy Holidays from the Team at ASTTBC! 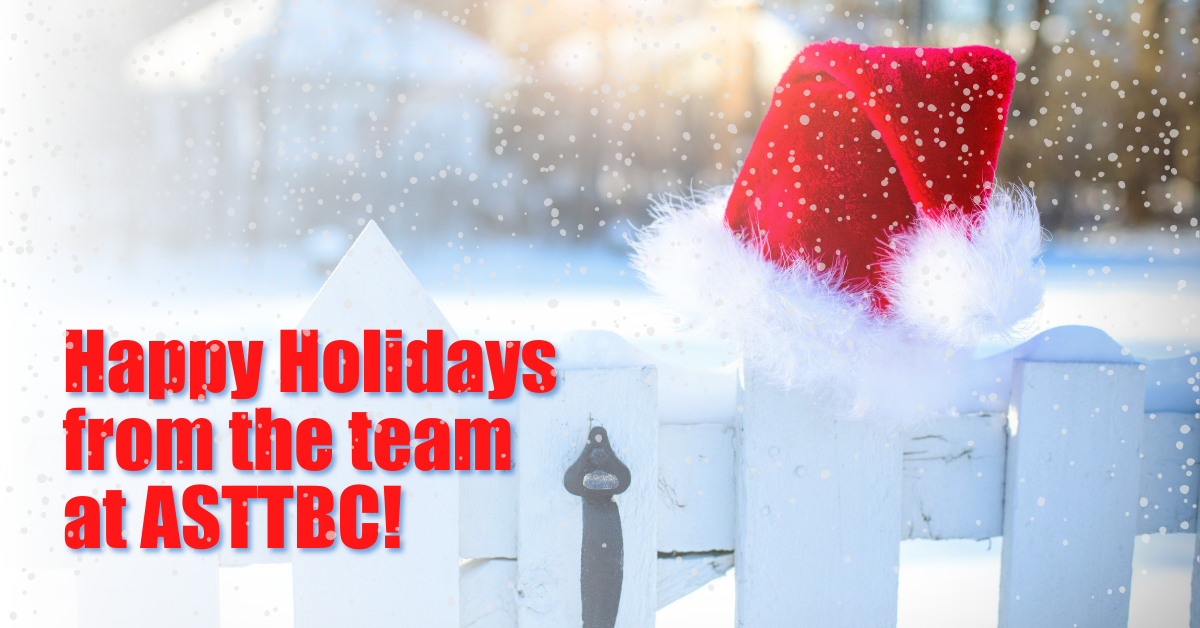 Our holiday message is traditionally filled with pleasant wishes for the festive season, but since so much about this year has been anything but traditional we thought we’d leave the sugar-coating for where it makes sense – on your holiday treats. Let’s be honest, 2020 was not the year we expected it to be, in fact, many might say it was filled with wallop. The upside (if there is one), is that we’ve seen a lot more of each other – and by that we mean – we’ve seen each other’s homes, dogs, cats, significant others, children, and yes, maybe even the neighbourhood UPS delivery-person; so in some ways 2020 has brought us closer, whether we’ve realized it or not.

On behalf of the Council and staff at ASTTBC, we recognize your resiliency – as essential service workers you have not only accommodated change, but you’ve also welcomed it, which is no easy feat, especially with so much uncertainty. Your dedication and commitment to your work continues to make a difference and personifies the ASTTBC values of Professionalism, Integrity, Innovation and Passion.

As 2020 comes to a close, we’d like to share a few highlights of our achievements for this year.

We are proud of the ongoing efforts of our Council and staff that persevered to achieve the above items and thank our registrants and volunteers – you make ASTTBC an organization that we are proud to lead!