TECHNOLOGISTS CONTRIBUTE TO BETTER FIRE CODES THAT SAVE LIVES AND PROPERTY 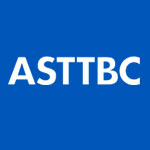 When Brad Walton closed the Rolf Jensen and Associates office as a Building Code and Fire Protection Consultant in 1992 and then established a company with strong shareholders and principles, he had no idea that the move would come full circle nearly 30 years later.

Brad had worked for Rolf Jensen & Associates in Vancouver for five years, but decided it was time to branch out, so he and two associates established their own company, Burnaby-based CFT Engineering.

Last year they sold CFT to what had by then become Jensen Hughes, an international fire safety and consulting engineering firm, and joined the organization as Operations Leader, Canada-West Region. The circle was complete.

A graduate of Algonquin College, Ottawa, where he completed the Engineering Fire Protection Program, Brad has more than 30 years’ experience in operations and process involving the Building and Fire Code, and now oversees the Western Canada Fire Protection Engineering Building Code Consulting Services for Jensen Hughes.

“Primarily, we are tasked with finding solutions to unique fire and building code challenges,” he says.

That means working with companies and municipal fire departments to develop and maintain the level of safety required by the building and fire code or fire and life safety standards by a municipality or industry.

“In some cases, we might recommend additional fire protection features or introduce new fire extinguishing media and figure out how to maintain the objectives of various fire and life safety codes,” says Brad.

Like other consultants in the fire protection industry, Brad hopes the systems put into buildings on his recommendation are never used, but he must be confident that they will save lives and property if they are ever needed.

Striking a balance between the time it takes to come up with the right fire protection solution without holding up a project and dealing with various regulatory bodies at times adds to the stress of the job, he adds.

But Brad says he thrives on challenges and solving complex problems and then witnessing the solutions being implemented – and that takes confidence in himself and his staff.

“The work we do meets industry standards and goes beyond minimum code requirements,” he says. “That’s important because we often work with good developers, good owners, good contractors, and they’re not looking for the minimum.”

Brad says the biggest change in fire risk analysis he has seen since he started is the widespread use of sprinkler systems, which have also allowed timber frame or combustible structures such as CLT buildings to be built much higher than previously.

“When I started, sprinklers were a good idea, but not everywhere. Now you have to sprinkler almost everywhere,” he says. “They increase the level of safety considerably, but you don’t always see the result because the sprinklers contain a fire out before it causes too much damage or harms people. You don’t see those success stories on the news, but they are more common than the uncontrolled fires we see in non-sprinklered buildings or the older stock of existing buildings”

The next big change Brad foresees in fire protection is on-site water storage to fight fires in the event of water supply being disrupted during an earthquake and an emergency energy source to pump the water.

This would not be for every building, but for high-rise buildings, high-risk industrial sites, or buildings with occupants with potentially limited ability to egress such as hospitals.

“If we have a seismic event, local emergency services will be busy and the higher we build buildings there is more reliance on internal sprinklers system to contain and control or extinguish fires” he says.

Brad is a past Chairman of the ASTTBC Fire Protection Task Group, past three-term member of the BC fire code committee (representing ASTTBC), served the subcommittee on Sprinkler/Standpipe Systems and the subcommittee on Smoke Control Systems, and has previously delivered the Special Fire Suppression Systems Program at the British Columbia Institute of Technology, and has represented ASTTBC on the EGBC Building code committee for over 20 years.

In his free time Brad loves to fish, mainly for salmon in BC’s coastal waters around Port Hardy and Ucluelet on Vancouver Island.