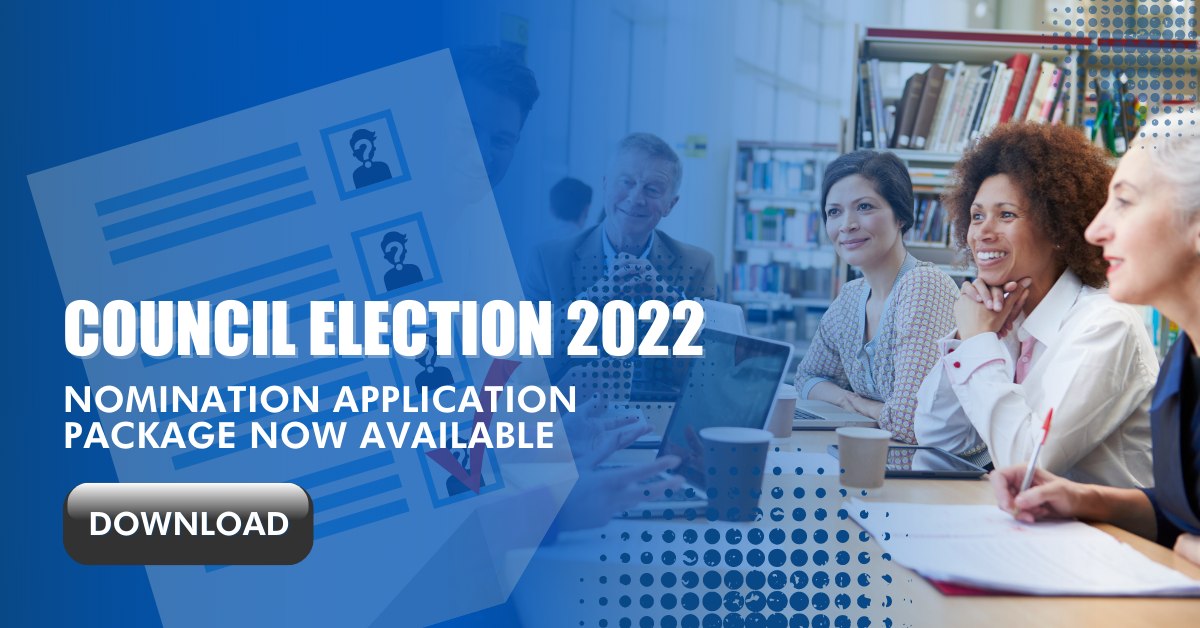 We are now inviting practising and retired registrants in good standing to apply for nomination to run for one of ASTTBC’s expected vacant seats in the upcoming Council election beginning on April 5, 2022.

The deadline for applications for nomination is 4:00 pm PST on Friday, February 4, 2022. No applications will be accepted for consideration after this time.

Elected Councillors will be announced prior to and begin sitting on Council following ASTTBC’s Annual General Meeting on May 6, 2022.

Further information about the nomination application process and the role of ASTTBC Council members may be found in the Nomination Application Package.

Volunteering as an ASTTBC Councillor is an excellent way to serve the public interest in the practice of applied science technology. We encourage all who are interested to learn more about this opportunity. Questions regarding the nomination process may be directed to the Registrar and Nomination Committee by email to ssharp@asttbc.org.