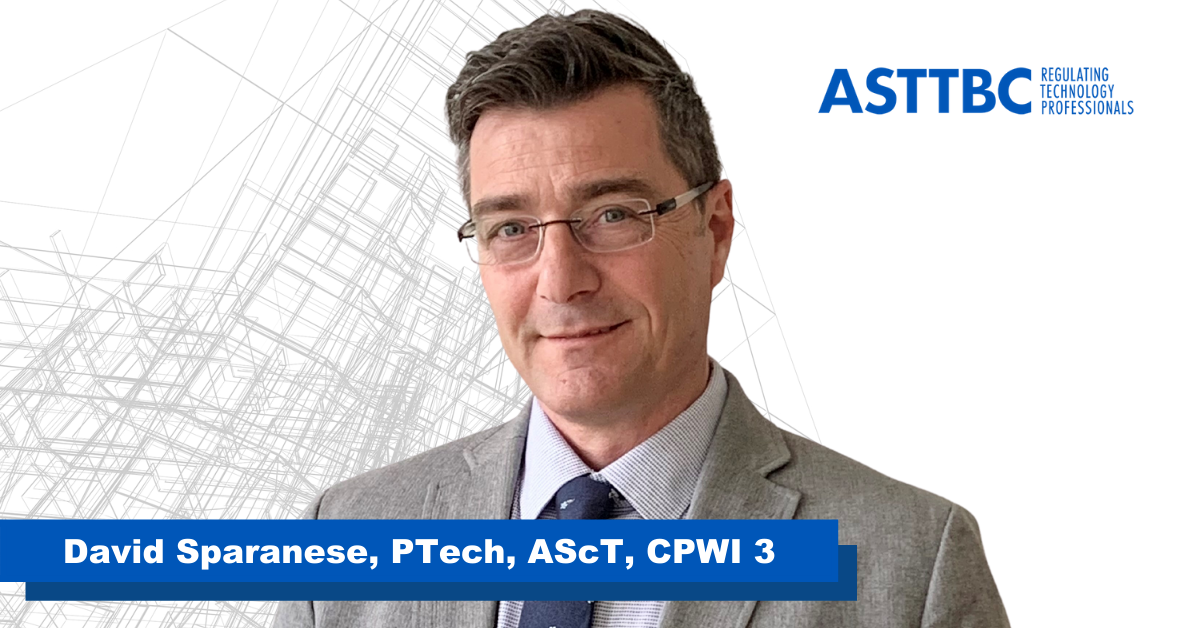 Surrey, BC – It is with pleasure that the Applied Science Technologists and Technicians of BC (ASTTBC) announces our newly appointed President, David Sparanese, PTech, AScT, CPWI 3. David was elected by the registrants of ASTTBC and appointed to the position of President for the 2021-2023 term by the ASTTBC Council, on May 6, 2021. David is the 35th ASTTBC President in our 63-year history and will oversee the continued growth of the organization.

He is employed by the District of Saanich as the Senior Manager of Public Works. David leads a diverse team of skilled and professional staff in providing services to Saanich’s residents/ businesses and delivering multiple technical projects which enhance and benefit the community.

When he is not at work, he enjoys spending time with his family, wife Alanna, children Chiara and Ruggiero, and dogs, Jena and Luca, while maintaining an active lifestyle. David has the full confidence and support of Council to help lead ASTTBC to enjoy additional successes.